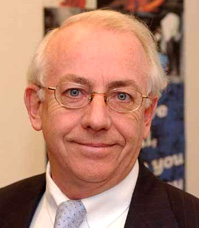 Frans Röselaers (1946, Netherlands) has served with the International Labour Organization (1975 to 2006) in field positions in Africa and at the ILO Headquarters. Over the last decade, he was closely involved in addressing the grave problem of child labour worldwide and headed the ILO’s flagship International Programme on the Elimination of Child Labour from 1999 to 2005. He served on the Editorial Board of the UN Secretary-General’s Study on Violence against Children (published in 2006). Frans is a Member of several boards of child rights NGOs and institutes; and of industry partnerships to combat child labour. He is also the Trustee and Board Member of the Global March Against Child Labour.

Frans has studied sociology and management.