For last 20 years, Global March Against Child Labour has been the defender of the right of every child to be free from exploitation and be educated. Our journey began, exactly 20 years ago on 17 January 1998, when our Founder and Nobel Peace Laureate, Kailash Satyarthi, flagged off the […] 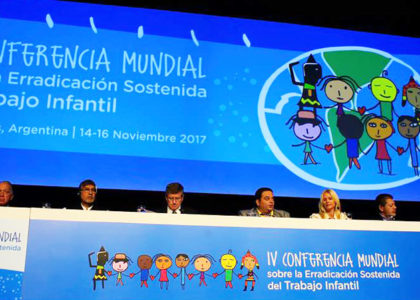 The Global March Against Child Labour (Global March) was represented by its members, Board representatives and the Secretariat at the recent IV Global Conference on the Sustained Eradication of Child Labour, held in Buenos Aires from 14-16 November 2017, organised by the Government of Argentina with the support from ILO. […] 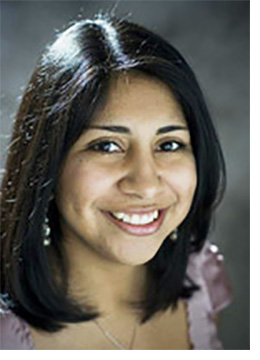 Meet the new Board Member of Global March Against Child Labour from the North America Region, Ms.Norma Flores Lopez. Norma Flores Lopez is the Governance and Development/Collaboration Manager at East Coast Migrant Head Start Project and serves as the chair of the Child Labor Coalition’s Domestic Issues Committee.  She has long been […]

New Delhi: A new report by the International Labour Organization (ILO), Global Estimates of Child Labour: Results and Trends, 2012-2016 released on 19 September 2017 at the United National General Assembly (UNGA), says that a total of 152 million children – 64 million girls and 88 million boys – are […]

Global March Against Child Labour is pleased to announce the appointment of the new Board Member from the North America Region, Ms.Norma Flores Lopez, and hopes to be guided by her vast experience in the field of child labour, especially in the agriculture sector, which houses 50% of child labourers […]

Kailash Satyarthi, a Solidarity Center ally, won the Nobel Prize in 2014 for his lifelong efforts to end child labor. He began this work much earlier, in 1986 in Jharkand province—one of India’s poorest regions at the time, a place where child labour was common across a variety of industries. Since then, […]

With support from the Commonwealth Foundation, Global March Against Child Labour, in April 2014, began its project ‘Forging Civil Society Action against Child Domestic Labour (CDL) to Combat the Gender Disadvantage’.The overall objective of the project was to strengthen civil society response in South Asia, particularly India, Bangladesh and Pakistan […] 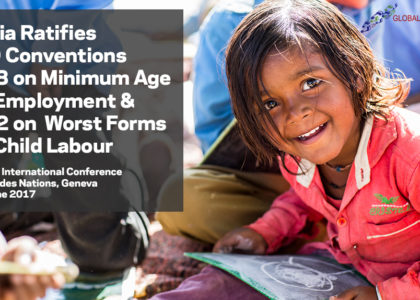 ndia has ratified ILO Conventions 182 and 138 which will bring 20 per cent more of the world’s children under the protection of these two conventions and a give a better future to the vulnerable and at-risk children as they win the right to education in school. New Delhi, 13 […] 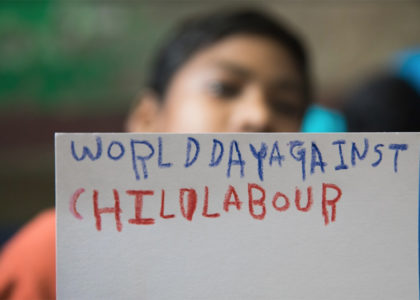 Joint statement by Global March Against Child Labour and Global Campaign for Education on the occasion of World Day Against Child Labour – 12th June 2017 Currently, more than 168 million children across the world are trapped in child labour. Children are engaged in a variety of work ranging from […] 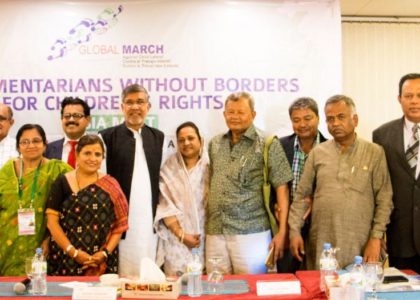 The first Asia Meet of Parliamentarians Without Borders for Children’s Rights was held in Dhaka, Bangladesh from 3 & 4 April 2017, with participation from about 13 Members of Parliament from 5 Asian countries such as Afghanistan, Bangladesh, India, Nepal and Sri Lanka. As South Asia is the second largest […]