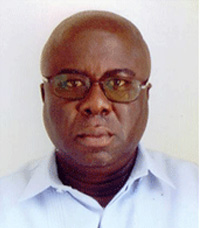 Cléophas Mally (b. Hiheatro, Togo, 1954) is currently the director of WAO-Afrique, an NGO based in Lomé that fights against child trafficking and child labour. He received a Diploma in Human Rights Education from Université Libre de Bruxelles, Belgium and a Masters Degree in Social Development Studies and Public Management. He also holds a BA in Translation from the University of Yaoundé.

Mr. Mally has served on various Boards during the last 15 years such as – End Child Prostitution, Child Pornography and the Trafficking of Children for Sexual Purposes (ECPAT), Global Campaign for Education (GCE), and the Voluntary Fund of the United Nations. Along with being a Board member of the Global March Against Child Labour, he is currently the co-President of the International Cocoa Initiative (ICI), a Swiss Foundation and member of the NGO Advisory Council in charge of follow-up to the United Nations Study on Violence against Children.

Mr. Mally has received numerous awards on behalf of his organisation; the most important was the Body Shop Human Rights Award in July 2000. Well known in the network of NGOs in Africa and the world, he has built a very good relationship in Africa with the different Ministries concerned with the issue of child rights.