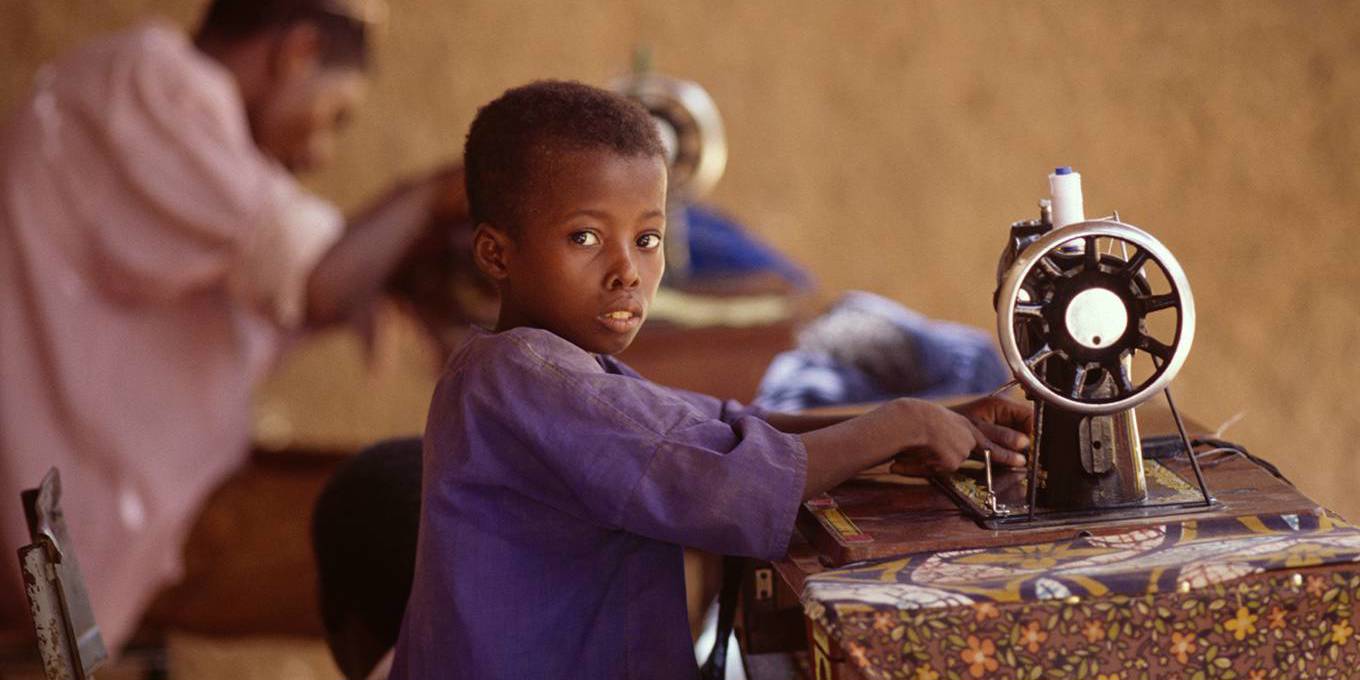 According to the OECD, 28-43% of the child labor that is estimated to contribute to exports does so indirectly, through preceding links in supply chains (such as extraction of raw materials or agriculture). But with a holistic approach that engages governments, corporations, and civil society, the practice can be ended – and quickly.

NEW DELHI – Every day, 152 million children perform hard labor, often in hazardous conditions. Bangladesh’s garment factories, which are staffed largely by women and, often, children, are a prime example. Between 2006 and 2012, more than 500 Bangladeshi garment workers died in factory fires. In November 2012, a single fire left 117 workers dead, and more than 200 injured. A mere five months later, a factory outside Dhaka collapsed, killing more than 1,100 people and injuring over 2,500 more.

Fortunately, the world increasingly seems to recognize the urgency of ending child labor. In 2015, global leaders agreed, as part of target 8.7 of the United Nations Sustainable Development Goals (SDGs), to “take immediate and effective measures” to “secure the prohibition and elimination of the worst forms of child labor, including recruitment and use of child soldiers.” Child labor “in all its forms,” they pledged, should be ended by 2025.

Meeting the target will require – in addition to free, quality, and equitable education, enforcement of laws prohibiting child labor, and promotion of decent working conditions for adults and social protection schemes – a whole-of-supply-chain approach. After all, as a recent OECD report shows, 28-43% of the child labor that is estimated to contribute to exports does so indirectly, through preceding links in supply chains (such as extraction of raw materials or agriculture). This complicates due diligence, visibility, and traceability.

Here, the Netherlands provides a promising example. In 2014, at a parliamentary hearing about human-rights violations in global garment supply chains, I advocated for legislation much like what we have been fighting for in Germany: companies supplying the Dutch market should be held responsible for ensuring that no child labor is used throughout their supply chains. I reiterated my case with parliamentarians of various countries around the world.

In 2017, the lower house of the Dutch parliament adopted the Child Labor Due Diligence Law, requiring companies selling to the Dutch market to identify child labor in their supply chains; create a plan of action to combat it; and issue a formal statement on their efforts. Early last year, the Senate voted to adopt the law.

Germany may soon follow suit. Last November, hundreds of young people took to the streets of Berlin to demand a federal law requiring German businesses to ensure that no child labor is used anywhere in their supply chains. The event – backed by the 100 Million campaign, which I founded – was the culmination of over a year of such demands from young activists.

Germany’s government seems to be listening, with members of the Bundestag from a range of political parties pledging their support. If Germany – which assumes the presidency of the European Union in July – passes such legislation, it can serve as a powerful example to others, in Europe and beyond.

Global action is vital. Working in over 140 countries, I have seen firsthand how child-labor laws are undermined by corruption, lack of political will, and weak corporate accountability. But if the largest markets, where companies reap the largest profits, ensure that products’ entire supply chains are ethical and sustainable, it becomes much more difficult to dodge accountability, even in countries beset by corruption or weak institutions.

This is good for business. According to a 2015 study, 73% of millennials (born between 1977 and 1995) are willing to spend more money on sustainable goods and services. That year, the study found, brands that showed a commitment to sustainability registered sales growth of 4% globally, whereas sales growth for those that didn’t was less than 1%. This trend – which includes not only environmental sustainability, but also ethical practices – will only accelerate in the years ahead.

Governments – among the largest purchasers of goods and services – should similarly direct their spending toward ethical and sustainable goods. Public procurement represents 13% of GDP in OECD countries, and 15-25% elsewhere. Cross-border government procurement also accounts for a sizable chunk of global trade.

But if we are truly to achieve the SDG target of eliminating child labor – including ensuring that child labor is not merely shifted to new, less regulated sectors – civil society must also be engaged, and local-level action must complement top-down efforts by governments and companies. There is already a proven method for achieving this: the child-friendly village model that my organization launched in 2001.

In more than 600 child-friendly villages that the Kailash Satyarthi Children’s Foundation (KSCF) has established in India, as well as those in Nepal and Uganda, all children attend school, and there is a community ban on child labor, trafficking, prostitution, and marriage. Furthermore, there is no forced labor, and adults enjoy decent work and social benefits.

This model does not take long to show results. Over the last three years alone, KSCF – together with a few American companies that import mica – applied this model in over 240 villages along India’s mica-mining belt, following revelations of rampant child labor in the sector. Child labor has now been completely eliminated in these villages.

Next week, participants at a high-level meeting in the Netherlands – facilitated by the Global March Against Child Labor, the Dutch Ministry of Social Affairs and Employment, the International Labor Organization, and the Netherlands Enterprise Agency – will discuss ways to achieve SDG 8.7. A holistic, area-based approach that engages governments, corporations, and civil society should be at the top of the agenda. Our children deserve nothing less.