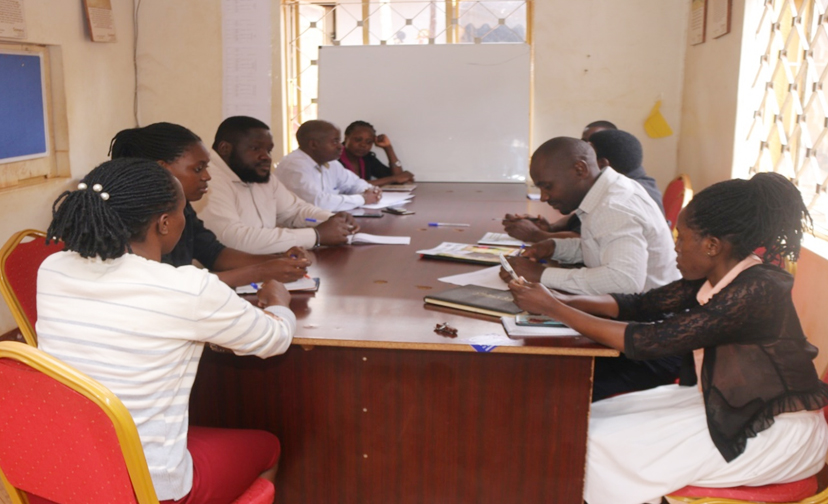 Global March member, National Organisation of Trade Unions (NOTU) and its allies held a formal meeting with the National Planning Authority (NPA) of Government of Uganda to submit a draft report of Voluntary National Review (VNR) of the SDGs prepared by 10 members from 5 CSOs in Uganda on their efforts on achieving SDG 8.7. The 5 CSOs came together and held several meetings to discuss the contents of the report, including the findings, research, programmes and other initiatives taken by them to end child labour in the country in last one year. The NPA appreciated their effort and informed that it is the first time that they are incorporating inputs from the civil society in the reporting to the UN and agreed to incorporate aspects of this report in the official VNR to be submitted to the UN during the next High Level Political Forum, for reporting under SDG Target 8.7. The report covered reporting from a few CSOs such as National Organization of Trade Unions (NOTU), Uganda Women’s Effort to Save Orphans (UWESO), Somero Uganda, Uganda Children’s Authority and ANPCAN Uganda Chapter.

During the meeting with NPA officer, Mr. Oparemo Vincent, Anthony Turyahebwa of NOTU expressed the different challenges faced by them while compiling the report such as lack of child labour data, lack of enough resources, understanding the complex VNR reporting structures and bringing in other organisations on board to report on SDG 8.7. Mr. Oparemo thanked Anthony for the presentation and promised that despite the limitation of the report, some vital issues that have been captured in the report will be integrated into the main country report.