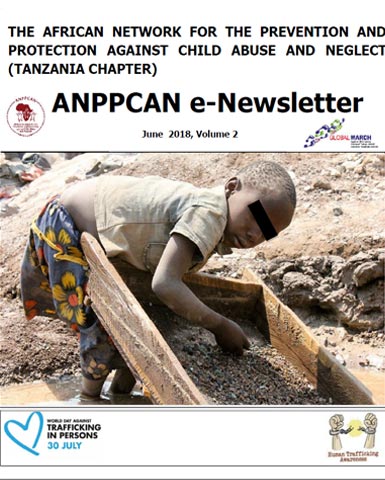 ANPPCAN Tanzania is implementing a three year project on child labour and human trafficking. This was pointed out by Mr. Daudi Chanila, the ANPPCAN Secretary General for ANPPCAN Tanzania Chapter in an exclusive interview. He said that ANPPCAN Tanzania Chapter in collaboration with Global March Initiative are implementing a three year project in Dar es Salaam on child labour and human trafficking under the Project Title: “Strengthening the Worldwide Movement for Protection of Children from Violence at Work”

He highlighted that child labour is one of the most pervasive human rights abuse that humanity is facing as it undermines and has serious consequences for structural poverty reduction, education for all, economic development and overall human development. That, since the late 90s, there has been a very significant shift, moving beyond seeing NGOs as partners in implementing projects – but recognizing their contribution to both policy dialogue (in the formulation of plans) and independent monitoring of plans (acting as watchdogs, tracking, budgets, etc). Whilst in some countries CSOs were more or less ready to assume such roles, in others there was a big capacity gap, especially on linking child labour elimination efforts and reducing violence against children with the education for all agenda.