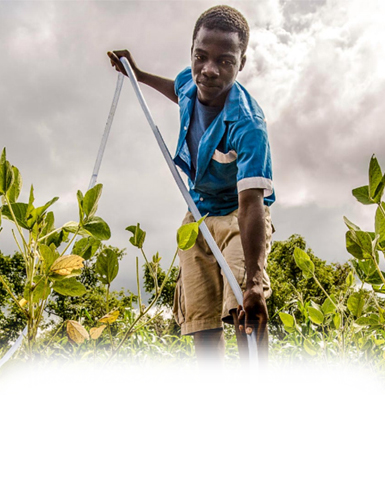 Across the world 152 million children are exploited into child labour. Children who should be in schools are forced to work in dangerous conditions, and 71% of them work in the agriculture sector, most them doing unpaid work with their families. It is worrisome to see that the number of child labourers in agriculture has increased by more than 10 percent from 2012 to 2016, driven in part by conflicts and climate-induced disasters. This trend not only threatens the wellbeing of millions of children trapped in the cycle of exploitation, but also undermines the global target of elimination of child labour by 2025, stated in the Sustainable Development Goals (SDGs). 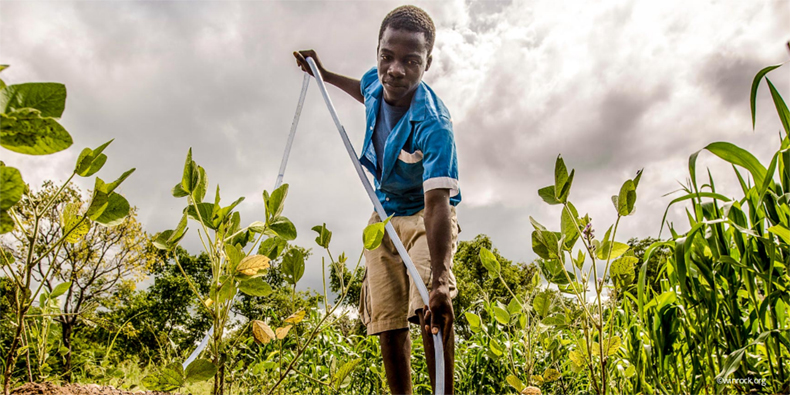 Agricultural supply chains are at the heart of many national economies- a major source of income for many families, and an impacting force on the lives of millions of children – agricultural supply chains remaining the primary source of child labour today. Child labour in agriculture threatens children’s healthy development, sometimes even their lives. As a general pattern in agriculture at the global level children and adolescents workers are exposed to different dangers and risks such as sharp tools, heavy machinery, pesticides, harmful insects etc. They are forced to work for long hours in hazardous, extreme weather and dangerous conditions, damaging them physically and mentally. Agriculture sector is one of the three most dangerous sectors in terms of work-related fatalities, non-fatal accidents and occupational diseases. However contrary to this reality, it is often the case that in the rural areas where child labour is pervasive; medical care is inaccessible, improper or unaffordable.

Child labour further hinders children from receiving education. Many children do not go to school, while some may combine school and work or they stay in it intermittently. Without schooling and opportunities for their holistic development and for their families, a child and the adolescent loses opportunities for a secure present and future as well as opportunities for decent work. Due to such structural barriers, they are likely to be trapped in the cycle of poverty. Girls working in agriculture further face the double burden of having to work in fields and carry out household chores, making them even more vulnerable and marginalised. Girls particularly are at a great risk of being left behind and can experience illiteracy, migration and sexual and physical exploitation.

Taking cognisance of the urgency to tackle this vital scenario, the World Day Against Child Labour in 2019 is commemorating the theme of “Children shouldn’t work in fields, but on dreams!”  As this year also marks the 20th anniversary of the adoption of the landmark ILO Convention No. 182 which calls for immediate action to abolish the worst forms of child labour, it is an apt time to reflect on the progress made and assess the continuing challenges; to devise sustainable solutions to end child labour, especially in the agriculture sector which accounts to 108 million child labourers across the globe.

With only six years left to achieve the SDG target 8.7 to end all forms of child labour by 2025, the world now more than ever needs a holistic, integrated and accelerated approach that not only targets the achievement of SDG 8.7 individually but other SDGs that have direct or indirect co-relation with it. Investing in education that is free, public, compulsory, of quality, inclusive and equitable is one of the key measure to protect children, especially girls from exploitation, that has a direct impact on child labour.

Therefore, we, the representative members of Global March Against Child Labour network representing NGOs, trade unions, teachers associations and child rights organisations; call on the international community to take immediate, appropriate, integrated and accelerated actions to end all forms of child labour, especially its worst forms such as child labour in agriculture. The world must address this issue through strict legal and policy measures, awareness raising on the importance of education as well as through replication of successful programmes that have proved to eliminate child labour and sustain positive change. In these times when civil society space is shrinking, the world community must also realise that without civil society participation and partnership, this lofty goal cannot be achieved.

We urge the businesses to carry out due diligence in their domestic and global supply chains, to assess any risk and to avoid being complicit in child labour. To achieve this endeavour, the businesses must look deep into their lowest tiers and the sub-contracting levels to address any prevailing human rights issues, with child labour being a salient feature It is also stated in the UN Guiding Principles on Business and Human Rights that it is businesses’ duty to respect human rights including their supply chain, thus strengthening this argument. In the recent times unprecedented numbers of people are migrating due to various factors. Among them are youth and children who are at a high risk of exploitation and vulnerable to child labour. Many such children of migrants end up in agriculture. Hence businesses must include migration as a risk indicator during their due diligence process.

With child labour accounting to the largest portion in agriculture, we encourage governments and businesses to find unconventional ways to address this issue in these modern times. This must include considering the complete value chain of agricultural products, including its cultivation, processing, distribution, from highest to lowest value crops and smaller sub sectors of agriculture such as pastoralism, livestock and aquaculture, along with gender considerations.

Therefore, as stakeholders in this joint fight against child labour, we commit ourselves in continuing to carry out and support the eradication of child labour in global and domestic agricultural supply chains and continue to deliver on social protection measures that are key factors contributing to decline in child labour.

It is about time that children begin working on their dreams and not in fields!