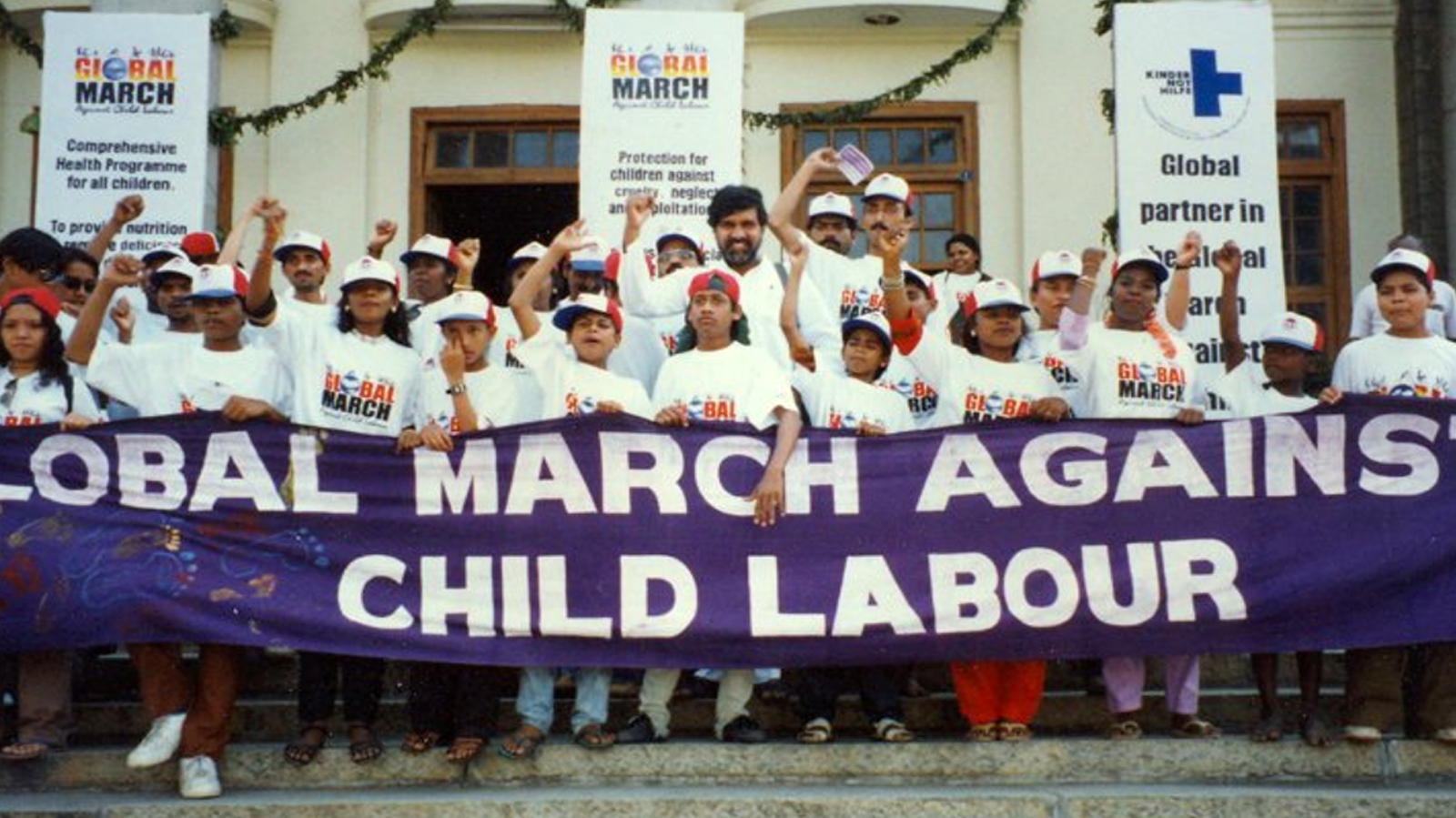 On 04 August 2020, in a historic move, Tonga, an archipelago of more than 170 islands in the South Pacific, ratified the International Labour Organisation’s Convention 182 on the Worst Forms of Child Labour. Tonga’s ratification makes Convention 182 the only universally ratified convention in ILO’s history.

Convention 182 is the result of steady and sustained international advocacy by Nobel Peace Laureate Kailash Satyarthi who founded the Global March Against Child Labour in 1998 that brought together more than 7 million people to call for this convention and the end to child labour. The physical march traversed more than 80,000 kms, covering Asia, Africa, Latin America, North America and Europe, uniting people across 140 countries with the slogan “Down down, Child Labour. We want education!” Mr. Satyarthi mobilised more than 2000 institutional partners who contributed to the success of the march. 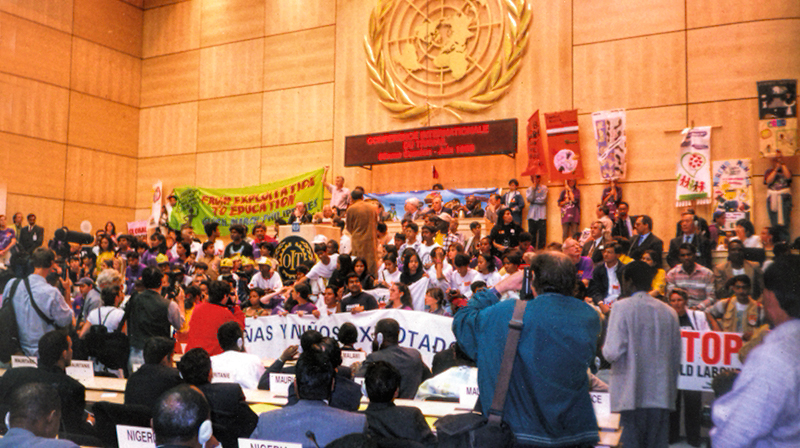 The march was spearheaded by former child labourers who, at the 86th International Labour Conference in Geneva, called for the adoption of a strong international law against the worst forms of child labour. The success of the march resulted in the unanimous adoption of the convention in June 1999, the first step in the process of ratification. It was first ratified by Seychelles in September 1999 and today, after more than 22 years, Tonga is the 187th member State and the last to ratify it.

The ratification holds great significance as it reflects member states’ commitment to end child labour. Each ratifying country is now bound under international law to align its national policies and practices to the requirements of the convention, along with reporting regularly to the ILO regarding its application.

Since the adoption of the convention, the Global March Against Child Labour and Kailash Satyarthi, have been advocating for its universal ratification through numerous dialogues at world platforms with global leaders, country governments and their heads of state, supporting civil society in Asia, Africa and Latin America, as well as promoting the voices and participation of former child labourers at the local and global level.

Mr. Satyarthi has time and again emphasised the need for accountability and efficient implementation of Convention 182, by strengthening national administrative systems, allocating optimum budgets to national laws and policies prioritising children and their wellbeing. His tireless blend of activism, dialogue and deep compassion led the ILO to declare June 12th as the ‘World Day Against Child Labour.’

On this momentous occasion, Mr. Satyarthi congratulates the people and governments of the 187 countries, especially Tonga and the ILO. In these uncertain times of COVID-19, he reminds us that, “Today marks the victory of the millions of children and activists who marched across 103 countries and 80,000 kms as part of the Global March against Child Labour. In 1998, as thousands of survivors and young people joined me to the lead the largest every mobilisation against child labour in the world, my children De Lucia, Kokhan, Govind, Sokuntia, and Joanna stood on the dais of the 86th Session of the International Labour Conference and demanded the international law whose universal ratification we celebrate today. Today’s celebration is dedicated in gratitude to each one of them, and is grounded in their legacy of freedom. I take this opportunity to congratulate the people and governments of the 187 countries who have made ILO Convention No.182 on the Worst Forms of Child Labour the fastest and only universally ratified ILO convention in history, especially Tonga. I also congratulate the ILO on this historic day.”

Today on this historic day, Global March and its allies strengthen their resolve in supporting all ratifying nations of C.182 and stand in solidarity and support of its members, partners and supporters, in our shared fight against child labour. Celebrating this achievement and reinforcing this commitment, Global March Against Child Labour’s Chairperson, Mr. Timothy Ryan, remarks “The quest of the Global March to push countries to adopt and ratify ILO Convention 182 on the worst forms of child labour has reached a milestone – the most ratified ILO Convention in history and the only one with every country as a signatory. But the quest isn’t over yet – the Global March calls on all countries and companies to redouble their efforts to eliminate child labour and do so by 2025 – the commitment the world agreed to under the Sustainable Development Goals. Governments and businesses who are sincere and committed to this critical outcome can count on the full support and partnership of the Global March Against Child Labour to accomplish a child-labour-free world.”