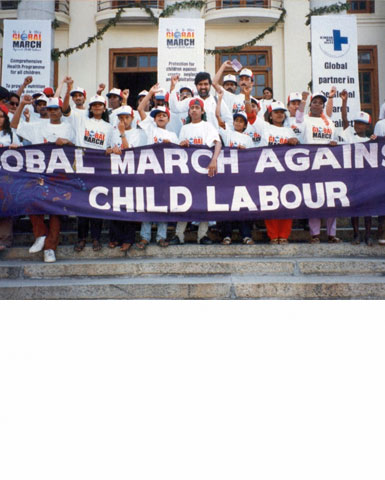 Last week, I was in Geneva to commemorate the 20th anniversary of the historic Global March Against Child Labour (Global March) and World Day Against Child Labour 2018. I was reminiscing about the beginning of my fight against child labour, which started in 1981 with the rescue of a single child. As I stood near the monument that stands tall at International Labour Organization’s Headquarters commemorating in memory of the Global March, which reads “From Exploitation to Education”, I experienced a rush of energy flowing through the core of my being. It felt as if the silhouette of the child etched into the stone structure, celebrating his ‘freedom from exploitation,’ was a reflection of me and of the deeply settled hope in my heart for the world’s most marginalised children.

I sometimes wonder how time flies and marvel at how far we have come. It seems like only yesterday I was sitting in the little hut at Mukti Ashram in Delhi where we gave birth to one of the world’s boldest ideas – a global movement against child labour, later to be known as the Global March Against Child Labour. We traversed the globe, shouting the slogan -“we want education, freedom from exploitation”. The tired yet enthusiastic marchers were given a standing ovation at the International Labour Conference in Geneva, where we demanded for an international law on ending the worst forms of child labour in June, 1998.

Twenty years ago, I had never imagined that I would receive a Nobel Peace Prize for my work on child labour, because my work was something that I felt was my duty as a citizen of the world. . In 1998, it was the survivors of child labour, prostitution, and sexual exploitation, who had led the global movement, demanding their right to be in school and urgent action by world leaders. It is because of their plea that the ILO Convention 182 on eliminating Worst Forms of Child Labour was born, becoming the fastest ratified Convention. It was that moment that gave me assurance that seeing an end to child labour was possible.

I remember the first global meeting on child labour which was held in Amsterdam in 1996, there was hardly any data available on the number of children in workforce. It was estimated that 260 million children were in child labour then. Through global recognition of this issue, a considerable reduction in number of child labourers was seen between the years 2000-2012, however in recent years the pace of reduction has slowed, with the recent estimates showing no progress between the ages of 5-14 years, pegging the total child labour figures at a high of 152 million with 73 million in hazardous work. Despite slow progress, the trend witnessed so far is gratifying but we need to continue our journey to progress. There is still hope. 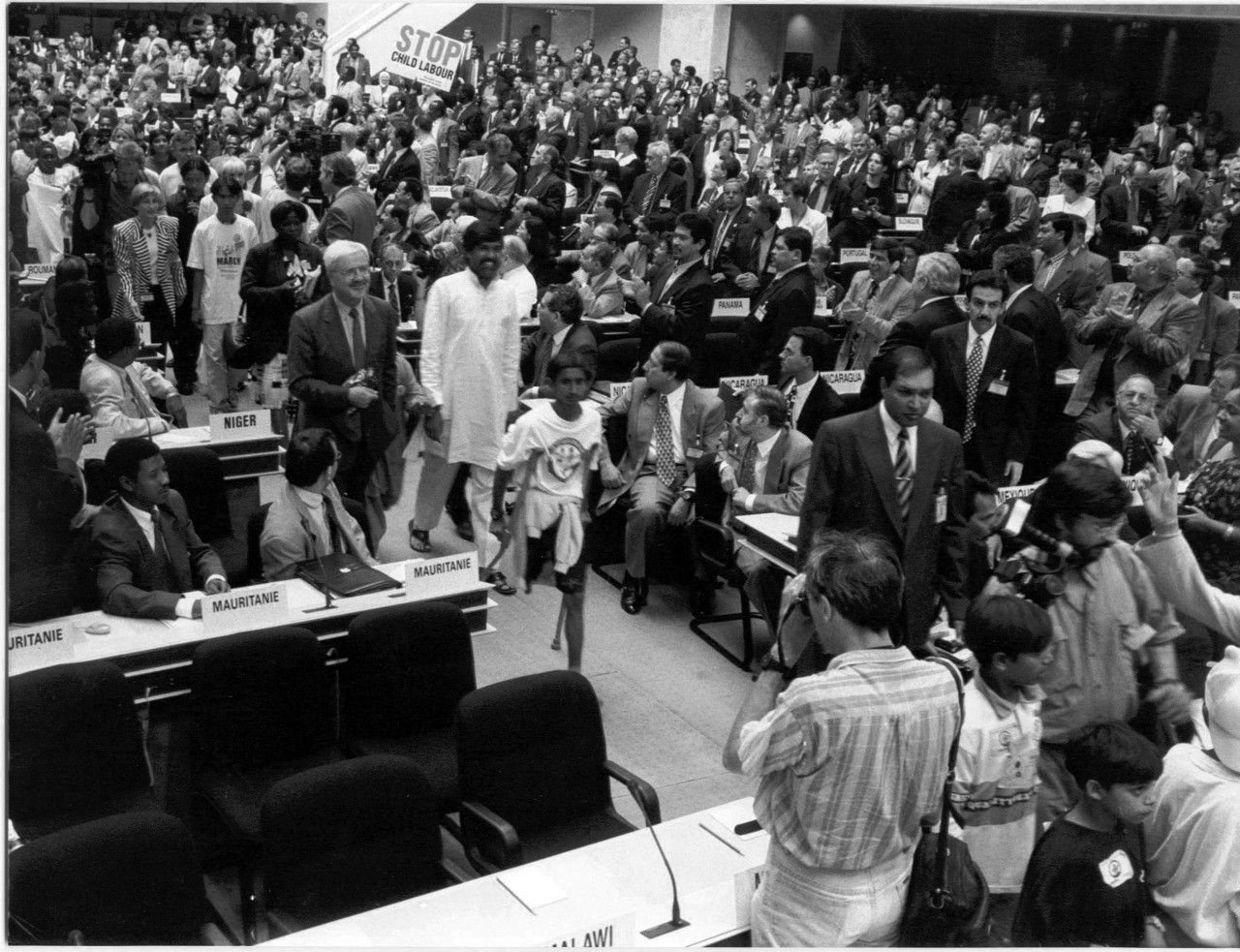 The Sustainable Development Goals have set the target of ending child labour by 2025. We have only 7 years to achieve this lofty yet non-negotiable goal thus if we see any inadequacy in our own efforts, in our organisational or institutional capacity to eradicate this social evil from society, then we must see it as an offence. Seeing child labour in your vicinity, in your country should be as personally offensive to you as it would be if it were your own child. If a nation does not achieve the goal of ending child labour by 2025, it must be viewed as a matter of global shame . As a global citizen, ending child labour is personal to me and I appeal to all individuals to take this matter personally as well.

Since the beginning of my struggle to eradicate child labour, I have only looked at one truth – IT IS POSSIBLE to end child labour. This is not merely a phrase. It has the ability to bring a revolution and make a better world for children. We only need to believe in this phrase and act upon it with all our energy, mind and soul. This phrase can be our guiding light in our work towards giving a Safe Childhood to all children.

This World Day Against Child Labour, I call upon all countries that have already ratified the ILO child labour Conventions, to work on their effective implementation, rooting them firmly in social and economic public policies and those nations who have not ratified to do so urgently.

But ending child labour is not the sole responsibility of governments. I call upon the citizens of the world to ignite the compassion residing in their hearts to demand real change for children. I urge community leaders to alter the cultural practices that hinder children’s moral, social, educational and physical development. I ask businesses to pay closer attention to their supply chains and see the atrocities that children go through in order to keep their ventures profitable.

263 million children continue to be out of school and we desperately need greater investments to be made into education of children. Yet I still remain optimistic.

With every passing year, I become wiser in understanding the gravity of time. Therefore, I understand the urgency of ending child labour. We must learn from lessons and success stories witnessed, take note of challenges and leap forward towards victory.

Every minute lost is a childhood lost, so let us do our bit. If not now, then when? If not you, then who? I am taking this issue personally. Are you?