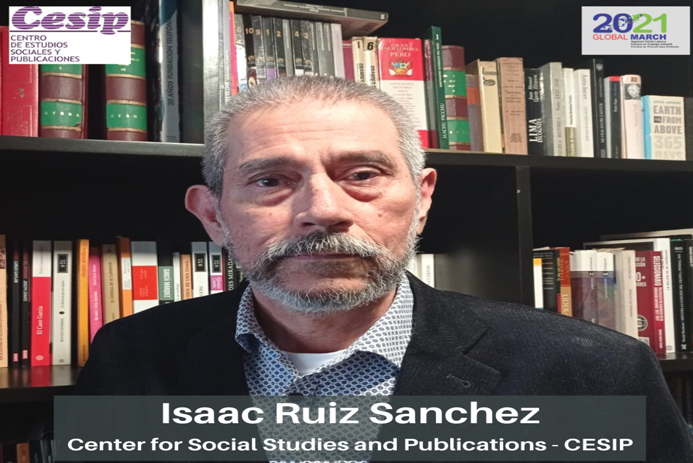 In the last session of the National Steering Committee for the Prevention and Eradication of Child Labour (CPETI, in Spanish), a quadripartite body – which includes civil society organisations, as well as governmental representatives, employers and workers, the reviewing process of the National Strategy for the Prevention and Eradication of Child Labour 2012-2021 (ENPETI, in Spanish) began. The ENPETI is the main guiding public policy instrument for public and private action on child labour, having only one last month, before its 10 years of validity end. CESIP, as national coordinator of the Global March Against Child Labour (Global March) in Peru, along with other civil society organisations, is participating in this reviewing  process. The process is aimed at making visible the achievements as well as the challenges that authorities had to deal with in the ENPETI implementation and pending tasks for the future. Authorities include public ones from the Labour, Education, Agriculture, and Health sector, as well as other institutions, both public and private.

One of the most outstanding aspects of the ENPETI was the implementation of pilot experiences in rural and urban areas, such as the Semilla project, executed by Desarrollo y Autogestión – a civil society organisation that is also a member of the Global March – in Junín, Huancavelica and Pasco regios, which present high incidence of child labour in agriculture. Another example is the Municipal Program for the Prevention and Eradication of Child Labour (PPETI, in Spanish), implemented in the district of Carabayllo, in which CESIP participated since its inception.

The Ministry of Labour and Employment Promotion in Peru has led the implementation of tools such as the Child Labour Risk Identification Model (MIRTI), an instrument developed by the ILO and the Economic Commission for Latin America and the Caribbean, which aims to design preventive strategies to eradicate child labour at the local level. The Ministry has started the implementation of the Municipal Model, whose purpose is to identify, attend and derive possible cases of child labour from the municipalities.

Another tool implemented within the framework of ENPETI is the Child Labour Free Seal Recognition (SELTI, in Spanish) is an initiative that originated in the “Semilla” project, and that the Ministry of Labour has promoted since. The SELTI aims at granting a distinction to companies or producer associations that adopt practices in their production and service processes for the prevention and eradication of child labour and adaptation to the guidelines of permitted adolescent work. The SELTI was awarded to a first group of companies and agricultural producers, but the second application was interrupted by the pandemic and lack of resources. Also noteworthy is the effort to decentralise the public policy on prevention and eradication of child labour, by strengthening the Regional Committees for the Prevention and Eradication of Child Labour -CDRPETI’s capacities and its articulation with the CPETI. Also noteworthy is the promotion of binational work groups, with the Colombian Family Welfare Institute and with the Chilean Undersecretariat of Labour and Social Welfare, to address the problem of child labour in critical border areas.

The relevance of the reviewing process of the ENPETI is that it will provide key input for the Design and Formulation of the National Multisectoral Policy for the Prevention and Eradication of Child Labour 2022-2030. For this process, a Sub-Commission has already been established within the CPETI, made up of the Ministries of Women and Vulnerable Populations and of Justice and Human Rights, representing the State; the Autonomous Central of Workers of Peru (CATP, in Spanish), representing workers’ organisations; the CESIP, representing civil society organisations; and a representative of the employers’ associations, yet to be determined.

The new policy will be a key tool for Peru in the fulfillment of its commitment as a Pathfinder Country of the Alliance 8.7, in order to accelerate the achievement of this goal by 2025.