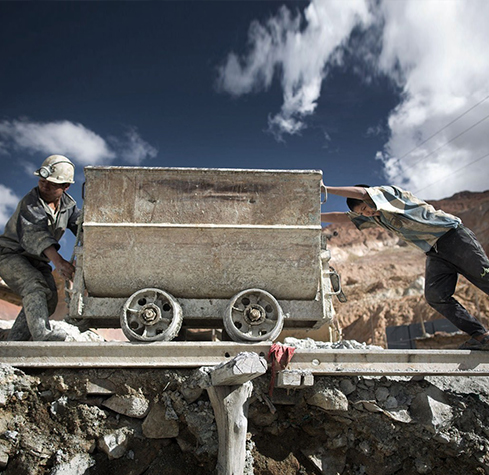 Latin America region records the third highest prevalence of child labour in the world, with estimated 17.5 million children aged 5-14 years said to be working for their survival of which 11 million are in child labour and the remaining 6.5 million in hazardous work. In comparison with other regions, mainly Africa and Asia-Pacific, there has been progress in reducing child labour in many countries in Latin America. Moreover, this region holds the most important decrease in hazardous child labour in the world according to the Regional Office of the United Nations Food and Agriculture Organization (FAO). However,  this progress has suffered stagnation in the last years and it has not been shared equally across or within countries; where significant groups, including indigenous children, have been left behind. The distribution of labour done by children in Latin America region is divided in the following economic sectors; agriculture (52%), industries (13%) and services (35%). The services sector is especially prominent in this region, making up more than one third of the total number of children labourers. Despite the challenges, the number of child labourers in the Latin America region have never been this low which provides an opportunity to eliminate child labour within the time-frame set by goal of 8.7. Unfortunately the national governments are not stepping in to fill the gap. Focus on this region is necessary because of the stagnation of the economic development of the region there is a risk of a downfall.

By working with our local members and partners, Global March seeks to create awareness, strengthen advocacy, mobilise political will, build relationships and empower communities towards making Latin America, the first (Global south) region free of child labour by 2025 as per SDG 8.7, and that all children are enjoying free, quality, inclusive and equitable education as per SDG 4.

What We are Doing

In 2019, Global March members in Latin America region engaged in a process of updating information on the incidence and situation of child labour and a clear map of key actors in the two sub-regions of Latin America (South America and Central America). The updating of the mapping contributed to the construction and mobilisation of the regional agenda, including points for advocacy and communication among Global March members and partners around the Goal 8.7. Digital as well as hardcopy of the mappings were published.

A regional summary (consolidated report) of the two sub-regional mappings was also developed showcasing the regional situation of child labour in Latin America, including challenges but also good practices, supported by images and graphics.

The updated data, including the individual mappings as well as the consolidated report served as advocacy tools to visualise and mobilise the work of GM in the region. They were presented during different platforms and events during 2019 such as the Regional Meeting of GM’s members in June (San José, Costa Rica), Meeting of the Regional Initiative in October (Lima, Peru) and other interactions with partners in the region.

A Regional Forum of CSOs discussing the progress and challenges towards achieving SDG 8.7 in Latin America was held in San José Costa Rica during the 24th and 25th June 2019. The event was organised by Global March Against Child Labour (Global March) and its members in the region and hosted by DNI Costa Rica. The objective of the event was to disseminate and discuss critical aspects identified by the Global March partners in Latin America in relation to the achievement of SDG 8.7 in the region (Mappings), and to define a joint strategic agenda facing the challenges and prioritising key actions to reach the goal.

The event consisted of 2 parts:

1: Counteract the naturalisation of child labour and its cultural perception by increasing awareness raising;
2: Mobilise advocacy to include child labour as a violation of rights within the agenda of the rights of the child; and
3: Address child labour in value/supply chains.
4: Address youth employment and the informal sector (Central America only)

The regional meeting had the participation of 20 Global March representatives from the following countries in each subregion:

From GM International the Chairperson of Global March Board and 2 Global March staff from The Hague office were present.

Via a direct invitation of the ILO, CESIP, GM’s member in Peru and regional coordinator of South America participated in one session of the V Face to Face Meeting of the Focal Points Network of the Regional Initiative Latin America and the Caribbean Free of Child Labor (RI) held in Lima, Peru in October 22 - 25 2019. The objective of this session was to present, by CESIP, the results of the mappings developed by Global March and to foster collaboration with the RI. Three representatives of the RI were part of the panel to comment CESIP’s presentation. They found the plan for joint action between GM and RI interesting, particularly one highlighted point was the topic covered in the regional action plan of GM: the naturalisation of child labour The RI representatives also agreed to strengthen the participation of GM members in the countries of Latin America, in advisory and resolution instances. This emphasises once again the commitment to articulate the work with civil society and particularly with GM, assumed at the Seville meeting and ratified at the IV Conference in Argentina. CESIP, as sub-regional coordinator of GM has continued the interaction with the RI via ILO (as the secretariat of the RI) to foster further collaboration.

Global March’s members in Chile (Corporación OPCIÓN) and in Peru (CESIP) participated in the Pathfinder Country Strategic Workshops held in 2019. The workshop in Chile was held in Santiago on March 28 and the workshop in Peru was held in Lime on September 12.

Activities based in the regional agenda and lines of work

Activities include the creation of awareness and sensitisation materials to reach out to sectors of society that are permissive to child labor.

In Central America, 2 actions were carried out:

1. A reflection document called An approach to the "normalisation and permissibility" of child labour in Central America(3), in which 3 aspects were addressed in each country:

2. Content development of an awareness campaign on the consequences of child labour in education called: Education is a door for a Thousand Opportunities. The information sheet (4), radio messages (5) and infographics (6 - yet to be sent) were developed as campaign materials. The campaign is planned to be launched in 2020.

In South America, 2 actions were carried out:

Activities focused around the events commemorating the 30th anniversary of the CRC.

In Central America,  2 actions were carried out:

In South America, 2 actions were carried out:

You can also find the regional executive summary (13) of the combined mappings (both Central and South America) as well as a concrete document on the progress and challenges in the region, both in Spanish (14) and English (15) - based on the executive summary. They present the challenges and recommendations, from the perspective of the Global March, based on the urgent need to accelerate the process of sustainable eradication of child labour and its worst forms, in the coming years, to achieve Goal 8.7 in the 12 countries.

In addition, they also developed a website where they uploaded some of these materials: http://www.meta8-7.info/