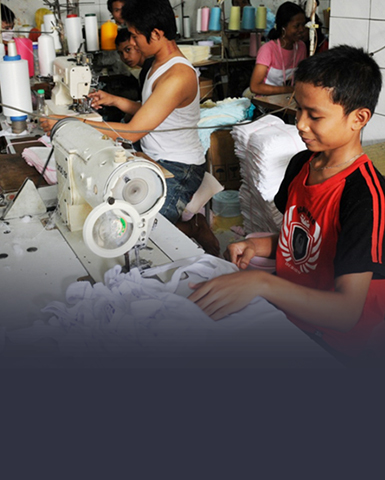 After almost three years of introduction into the Dutch Parliament, the Wet zorgplicht kinderarbeid or the Child Labour Due Diligence Bill was passed by the Dutch Senate earlier last week. With the adoption of this law, the Netherlands has demonstrated its seriousness about combatting child labour in supply chains and is standing out as a frontrunner in the international trend towards mandatory human rights legislation towards businesses. This is also an important step towards the achievement of SDG Target 8.7 of the Sustainable Development Goals that aims to eliminate child labour by 2025, by mandating companies to assess the risk of involvement of child labour in their value chains and take appropriate measures to mitigate the risks.

What does the law entail?
Until now the Dutch policies encouraged businesses to address the supply chain related human rights issues including child labour voluntarily. However as no visible impact was seen, the Child Labour Due Diligence Bill was introduced mandating companies to provide transparency to Dutch consumers and other stakeholders on products and services whose sourcing may involve child labour.

Additionally, the law encourages companies to participate in International Responsible Business Conduct (IRBC) agreements, i.e. the sectoral roundtables set up by the Dutch government (Global March Against Child Labour is part of metal and food sector agreements). These agreements will support the businesses in meeting their legal obligations through open discussion and collaboration to identify, prevent and mitigate instances of child labour in global supply chains.

Companies will be required to submit to the Dutch supervising authority (yet to be determined) a disclosure statement ( once) declaring that there are adequate due diligence measures in place to prevent their products or services from being produced in a way that involves child labour.

What will ensure its effectiveness?
The success of such a law will depend on the goodwill, leadership and compassionate operations of the businesses as well as the strict enforcement of the business compliance by the government. With cooperation from businesses, government, civil societies and the consumers, a child labour free supply chain is possible.

On the passing of this landmark bill, Global March’s founder and Honorary President, Mr. Kailash Satyarthi, remarked “I congratulate Netherlands for making a strong law to ensure that companies do not use child labour in their supply chains. I have been demanding this for years including in the Parliamentary meetings of the country.”

Global March Against Child Labour (Global March) also takes this opportunity to congratulate Mr. Roelof Van Laar, the former Dutch Member of Parliament who had initiated this bill in 2016 and the Dutch government for this historic victory. Mr. Van Laar now serves as an advisor to Parliamentarians Without Borders for Children’s Rights group (an initiative of Global March) that is working to realise a child labour free world. Taking inspiration from this bill, we hope for more and more Members of Parliament to take lead in introducing such legislations, covering the entire private sector- both small and big companies and all product and services. If such legislations can be implemented effectively across the globe, the world can see an end to child labour in this century.