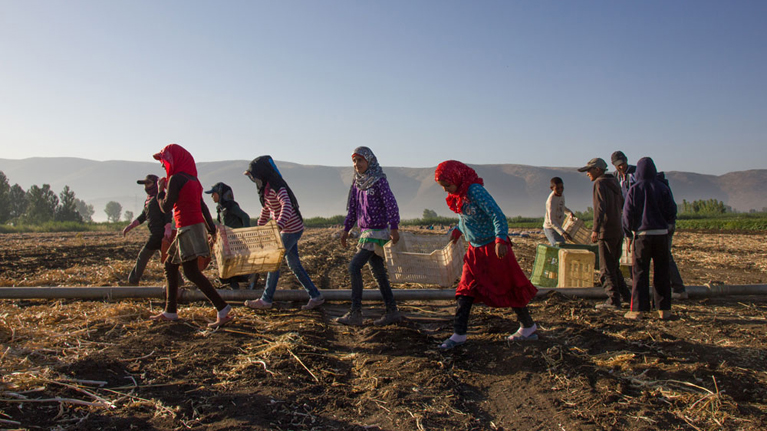 *This article has been written by Chairperson of Global March Against Child Labour, Timothy Ryan and was published in Thomson Reuters Foundation News.
In February, 40 organizations convened a brainstorming workshop at a conference center south of London focused on a new development goal adopted by the United Nations: the eradication of forced labor, modern slavery, human trafficking and child labor by 2030. The group included members of the UN’s Inter-Agency Coordination Group against Trafficking, UN special rapporteurs, representatives of workers’, employers’ and business organizations, and nongovernmental organizations long committed to this work. I was there representing the Global March Against Child Labor, a worldwide network of more than 300 organizations founded by Nobel Peace Prize Laureate Kailash Satyarthi and dedicated, since its founding in 1998, to the elimination of child labor in all its forms.
The workshop was convened under the banner “Alliance 8.7,” a new initiative founded on the sidelines of the UN General Assembly last fall. It featured three days of discussions, policy recommendations and priority setting to address the issue with an emphasis on topics such as rule of law, supply chains, migration, conflict areas, sexual exploitation and education. If it sounds highly technical and somewhat dry, detailed and theoretical, that’s because it was. The issues, of course, are anything but, and a matter of life and death for millions.
Yet there was another participant who embodied all these sober deliberations of the UN staff, business representatives, workers’ and NGO activists and brought them to life. The real heart and soul, the true voice and meaning of the meeting was a young Muslim American poet (and UN High Commissioner for Refugees representative) who shared her work with the gathering. It was her poetry and experience that animated the discourse and provided a pointed illustration of how the challenge of forced labor, child slavery and trafficking is also bound up in the fate of migrants and refugees fleeing conflict. Beyond her writing, it was Emi Mahmoud’s presence that also highlighted how urgent is this human dilemma, not only for today but the future as well.
Emi and her family fled the conflict in Darfur, Sudan, when she was a toddler, going first to Yemen. Then they came to the United States when she was 4 years old. If the current contested U.S. travel ban on refugees from Sudan and five other countries, including Yemen, were in effect when Emi and her family fled the war in Sudan, she might not have gone on to win the Individual World Poetry Slam competition for 2015. She certainly would not be a U.S. citizen from Philadelphia and a recent graduate of Yale University with a double major in molecular biology and anthropology.
She might not be alive, having been engulfed in the Sudan conflict, and if her family had not emigrated when it did from Yemen, enmeshed in the escalating civil war in that country as well.
The experience of being a refugee from a war zone sears her poetry:
“Memories of my childhood live between the rings of sand around my ankles and the desert heat in my lungs. I still believe that nothing washes worry from tired skin better than the Nile and my grandma’s hands. Every day I go to school with the weight of dead neighbors on my shoulders. The first time I saw bomb smoke, it didn’t wind and billow like the heat from our kitchen hearth. It forced itself on the Darfur sky, smothering the sun with tears that it stole from our bodies. The worst thing about genocide isn’t the murder, the politics, the hunger, the government paid soldiers that chase you across borders and into camps, It’s the silence.” — From People Like Us*
Contemporary commentators like to point to history with a list of accomplished refugees and immigrants who fled war and repression to come to the United States; they need only look around at our world today. What would we all be missing if the U.S. travel ban and irrational fear of immigrants from so many countries remains in place? What chances would gifted young people like Emi miss, not only to let their art and intellect soar, but to simply keep on living? And what incredible richness would every country that turns its back on refugees and immigrants forfeit if they continue to turn inward in fits of paranoia?
In this excerpt from Emi’s poem, For Muhannad, Taha, and Adam, Emi comments on her meeting with President Obama a couple of years ago:
“I met the president Sat with him at a table too small to hold everything that brought us there His hands resting Where are your chains? They told me your hands were tied When they sent those kids back, when they wouldn’t take the refugees, when they closed off the borders but not Guantanamo Mr. President, why do they call it the land of the free when even the dead can’t leave? Mr. President, what does one caged bird say to another? But I could barely hear him over the corpse rotting between us He looked at me as if he thought I was afraid Doesn’t he know, that back home, the women take care of the bodies?”* As Emi herself points out and is reflected in her writing, concern for those enslaved, fleeing conflict and trafficked cannot be based on their credentials, their family background, their earning potential. It’s a matter of fundamental humanity.
Her words are, if anything, even more urgent now as the current administration is actively creating policies and an atmosphere of hatred that threaten to keep young people today from not only fulfilling their ambitions and dreams as Americans but also denying them the opportunity just to continue to live. Timothy Ryan is Chairperson of the Global March Against Child Labor. *Copyright by and used with permission from Emi Mahmoud, UNHCR High Profile Supporter 2017. Link to her work through http://www.unhcr.org/en-us/emtithal-mahmoud.html and https://m.facebook.com/emimahmoudpoetry/