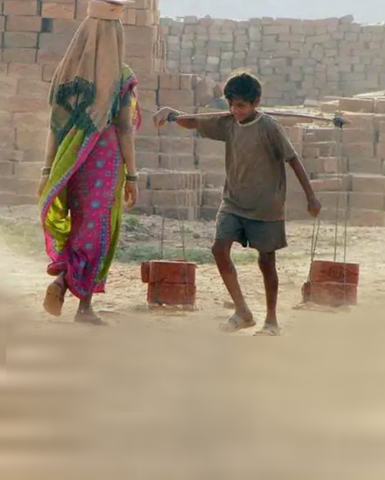 Nelson Mandela said, “There can be no keener revelation of a society’s soul than the way in which it treats its children. ” Headlines like those above beg the question even in “developed” countries: What does it say about our societies that the scourge of child labour continues to exist and what are governments who say they’re committed to equality and social equity doing about it?

Much of this work is also classed as hazardous child labour, with children labouring long hours in fields to harvest, weed, cut, cultivate, rear livestock, spray pesticides, collect produce, and work in extreme weather conditions amidst insects and thorns, sacrificing their rights to education, and a normal childhood. The result of this is injuries, infections, skin and lung diseases that catch children early, followed by bleak opportunities for decent work in their adulthood. Girls working in the agriculture sector further face gender-based violence, working for longer hours in a day, doubling up at home too. In addition, community attitudes, such as not valuing girls’ education (partially due to perceived different economic returns to education for boys and girls), pose additional challenges to improving the situation of girls in rural areas.

After decades of well-articulated policies, successfully piloted programmes, numerous global discussions and spotlights on businesses’ ignorance; 108 million children are still trapped in the cycle of bondage toiling in farms, while we consumers sit on our couches relishing our favourite snacks.

What are we missing? Is there a more efficient way of tackling child labour, especially in agriculture?

While international instruments such as ILO Convention No.182 on Worst Forms of Child Labour (which celebrates its 20 years this year), ILO Convention No. 138 on Minimum Age to Admission to Employment and the latest Sustainable Development Goals (SDGs) have paved the way for policy coherence and adoption of child-friendly laws in many nations, what is still lacking in too many cases is the political will to effectively implement these standards. Much of that political will must be local.

One of the critical pieces of this puzzle is to involve stakeholders such as local communities and businesses in the fight against child labour. Interventions such as the Child-Friendly Villages model championed by my friend and colleague, Nobel Peace Laureate Kailash Satyarthi, have seen great strides in tackling child labour and trafficking right at its source – rural villages, impacting and enrolling more than 600,000 children in schools since 2001. Child-Friendly Villages are also an exercise in grass-roots democracy which involves young people directly in promoting community responses and actions. Such area-based approaches have not only proven successful in empowering communities and children in fighting for their rights and accessing social security schemes but have also shown the world that once ownership is taken by those most affected, child rights and human rights can be upheld and advanced. Nevertheless, only one approach cannot bring about sustained change. We need multiple stakeholders such as businesses, governments, civil society organisations and individuals each doing their bit to realise an end to child labour. Political will is not the province of governments alone; businesses must also commit to cleaning up their supply chains.

For a company to ensure responsible elimination of child labour from their supply chain, it must comply with international standards and national laws and must carry out due diligence to assess any risk of child labour in all tiers of their supply chains, looking deeply inside production chains domestically and globally. Identifying child labour prevelance is one step, but gender-sensitive remediation especially in agriculture is necessary as well. One promising example is being demonstrated by the Dutch government and a variety of Dutch companies. The recently passed Child Labour Due Diligence Law in The Netherlands makes it mandatory for companies to address risks of child labour in their supply chains. Today it is the first country to adopt such legislation – a cornerstone for directing attention towards the lowest tiers and in spurring the provision of training to suppliers, sub-contractors, employees and business partners to be accountable to stop child labour. This signal legislation by the Dutch government recognises that self-policing and voluntary corporate-driven certification systems are woefully lacking; if they indeed worked the incidence of child labour worldwide would be far, far lower.

On this World Day Against Child Labour, on behalf of Global March Against Child Labour network, I call upon stakeholders to ensure creative, optimal financial and human investments in the eradication of child labour and for governments, communities and businesses to ensure all children are in school and prepare them for decent work opportunities in their adulthood.

(The author is Chairperson of Global March Against Child Labour. Views expressed are personal.)