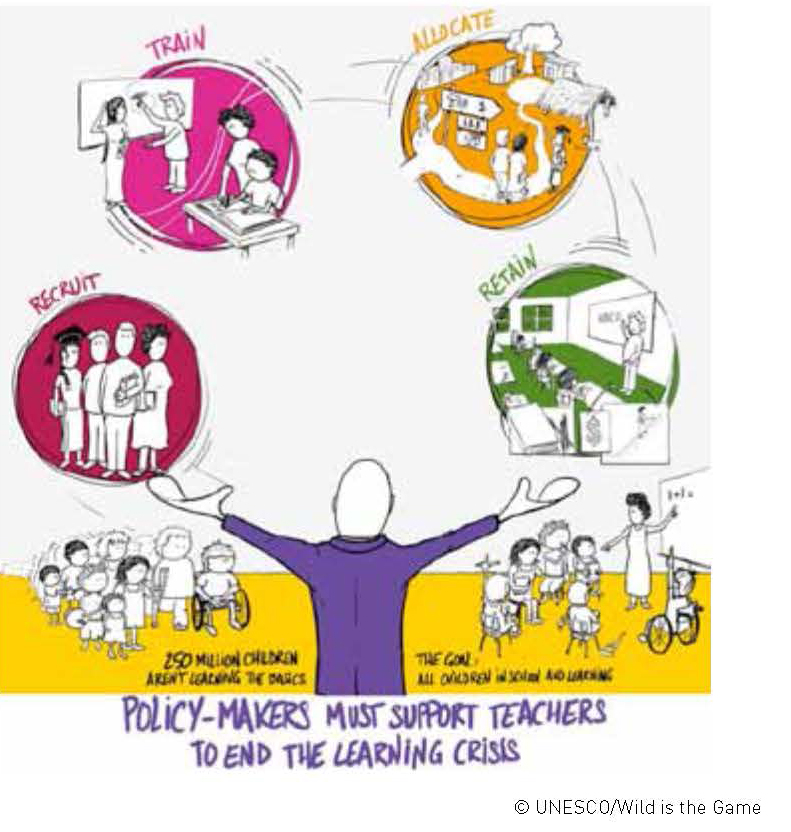 With less than a year left for the Education for All goals deadline, it is disturbing to note that none of the six goals would be met by 2015. The 11th‘Education for All Global Monitoring Report 2013/4: Teaching and Learning: Achieving Quality for All’ launched by UNESCO, tracks the progress towards the six EFA goals along with underlining the importance of education for achieving development goals post 2015. The report particularly focuses on the global learning crisis and the mechanisms to tackle the same by implementing strong policies for teachers.

Monitoring Progress on Financing Education for All:

Insufficient financing is one of the main obstacles to achieving Education for All. The finance gap to achieve good quality basic education for all by 2015 has reached US$26 billion, putting the goal of getting every child into school far out of reach. Of 150 countries, only 41 spent 6% or more of GNP on education in 2011. It is widely accepted that countries should allocate at least 20% of their budget to education. The GMR mentions the formulation of a post-2015 framework which must include explicit financing targets, demanding full transparency, so that all donors are accountable for their commitments, and finance gaps in the sector.

The report aptly points out that the failure of education to reach the marginalised has contributed to the learning crisis, a phenomenon that can only be managed through well trained and inspiring teachers. Globally, an additional number of 1.6 million teachers would be required by 2015. It is unlikely that the countries with the most severe teacher gaps can recruit the numbers needed by 2015. The GMR tries to address this issue by creating a four-pronged strategy as elaborated in the illustration.

Kailash Satyarthi, Chairperson Global March Against Child Labour opined, “Undoubtedly, every child needs a teacher. What else could be more shameful than the fact that politicians opt for hiring more soldiers than teachers which speaks volumes in itself.”

At the national launch of the GMR in New Delhi, India on 29 January 2014, attended by Global March, Shri Manish Sisodia, Hon’ble Minister of Education, PWD, Urban Development and Revenue, Government of Delhi emphasised on the state government’s commitment to treat education as a first priority.

The findings and the projections of the GMR reiterate the fact that education for all is the most powerful tool to fight the exploitation of children across the world. It is time that gover