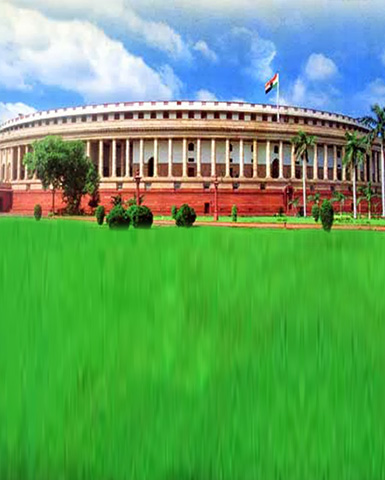 The Lok Sabha on Thursday passed a bill to prevent human trafficking, especially of women and children, provide rehabilitation to the victims and prosecute offenders.

The Trafficking of Persons (Prevention, Protection and Rehabilitation) Bill, 2018, was passed after a reply by Women and Child Development Minister Maneka Gandhi, who had introduced the proposed law in the house.

Global March participated in the consultation process of the Anti-Trafficking Bill in 2015 and from thereon, our Indian partners, Bachpan Bachao Andolan and Kailash Satyarthi Children’s Foundation under the guidance of Nobel Peace Laureate, Kailash Satyarthi, were active participants in ensuring the bill’s content was all-encompassing and promotes and protects the rights of all children, women and men that can be at a greater risk of trafficking in India. After more than 2 years of consultation, engagement with the Ministry of Women and Child Development, and others, the bill was successfully passed in the lower house of Parliament of India.
The bill creates a dedicated institutional mechanism for the prevention, protection, investigation and rehabilitation steps related to trafficking.

Ms Gandhi hailed the bill to be “victim-centric” that takes a compassionate view of those who become victims of the sex trade.

“We are after traffickers and not the victims,” she assured.

She said that begging has been included as an aggravated crime as it involves an extreme form of violence.

Referring to the alleged rape of minor girls at a government-run shelter home in Muzaffarpur district of Bihar, the Minister said that the bill provides for punishment to the in-charge of such homes if they do not fulfil their responsibilities.

Describing the bill as “gender neutral”, she said that extensive consultations had been done before finalising it and the concerns of the members will be addressed when the rules are drafted for its implementation.

She referred to suggestions by senior Congress member Shashi Tharoor, who had demanded sending the bill to the parliamentary standing committee.

The Minister said that the government had received representations from two groups — victims and sex workers — and Tharoor “represented the second group and had come to me in their defence.”

Agreeing with the demand that sex workers should not be harassed if they are in the profession voluntarily, she said that there was no question of harassing them.

The Minister said that the government had taken steps to prevent trafficking, including advertisements in railways that carry a helpline number.

She said that efforts were also being made to strengthen forensics centres as it will lead to faster justice.

Gandhi said that the “Beti Bachao, Beti Padhao” campaign of the government had been effective and had helped improve the sex ratio in states such as Punjab and Haryana.

Earlier, moving the bill, Gandhi described it as a “path-breaking step”.

“Human trafficking is a borderless crime. Special crimes need special attention. How can we stay silent when women and children are sold like goods. Let us make this bill a reality today to protect and provide for the millions of victims who have suffered silently for years,” she said.

“We are accountable to all the affected, especially the most vulnerable ones — women and children. Today, we have a chance to deliver to them a law which guarantees their rights and ensures that the perpetrators of crime are brought to book,” she added.

Gandhi said that the existing laws define trafficking as an offence but there are a huge number of loopholes.

“The bill ensures that the victim is given witness protection during the investigation”.

The Bill provides for the establishment of a National Anti-Trafficking Bureau to investigate cases.

It provides that every state government will appoint a State Nodal Officer, who will be responsible for follow-up action, as per the instructions of the State Anti-Trafficking Committee.