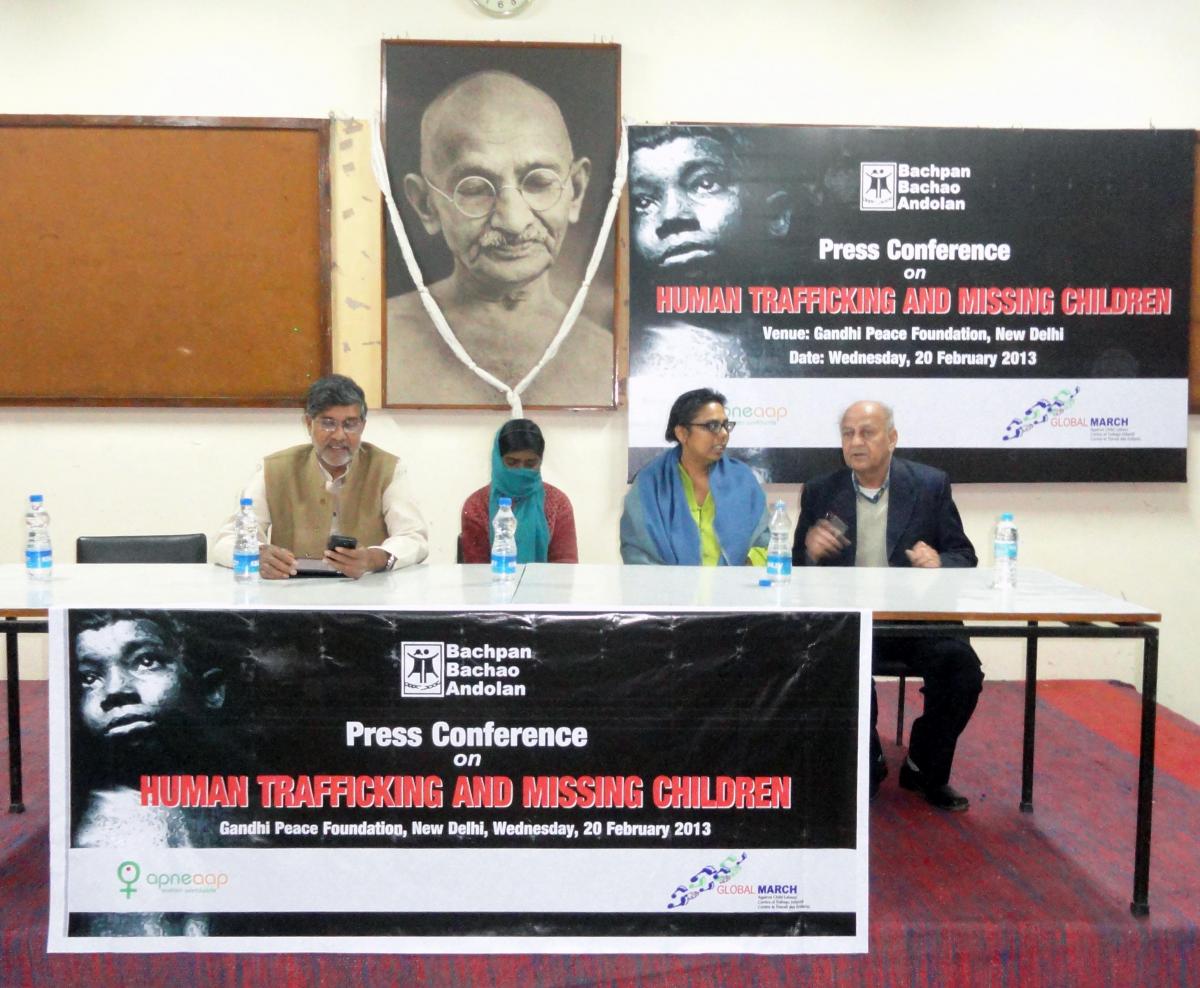 Bachpan bachao Andolan, Global March Against Child Labour, Apne Aap Women’s Worldwide along with thousands of their child rights partner organizations have demanded that the provisions of defining and criminalizing trafficking, slavery, forced labour and other forms of sexual exploitation as included in the Criminal Law (Amendment) Ordinance 2013 must be retained in totality in the proposed changes in law for protection of women.

The organizations strongly opined that the crimes of child trafficking, missing children, sexual exploitation, slavery and employment of trafficked children are interwoven thus cannot be addressed in isolation without a comprehensive legislation. While welcoming Justice Verma Committee’s recommendations and subsequent inclusion of sections 370 and 370 A, the civil society organizations  expressed that it is for the first time in Indian history that trafficking which is the process of multiple crimes is legally defined and criminalized. The leaders of these organizations Kailash Satyarthi, Founder Bachpan Bachao Andolan; Chairperson Global March Against Child Labour , Ruchira Gupta, Founder of Apne Aap women’s worldwide  along with a survivor of child trafficking and sexual abuse and a father of another missing and trafficked girl addressed the Media earlier today.

Trafficking of children and women is the biggest organised crime in the country today. However, there is no information available with any government agency on the total number of victims affected by this crime. More than one lakh children go missing in the country each year. The government also claimed to have rescued almost 1.26 lakhs children from trafficking in 2011-12. However, the numbers of prosecutions are negligible for the arrest of traffickers and kidnappers. Moreover, there was no help for 10 out of 11 children who go missing in the country till the Supreme Court of India gave comprehensive directions for compulsory registration of cases earlier this year. The directions have yet to find their way to the local police.

Geeta (name changed to protect the identity) who had deposed before the Justice Verma Committee, says, “I was brought to Delhi by a placement agency with a promise of wonderful life and education. However, after reaching Delhi, I was made to work in two different places for almost two years and was often promised that I would be given money when I go home. When I wanted to go home, I was raped and was not allowed to leave the owner of the placement agency tried to sell me for three lacs rupees to a person in Mumbai and I somehow managed to run away"

Kailash Satyarthi founder of Bachpan Bachao Andolan says that, "despite traffic in human beings being prohibited as a form of forced labour in the Article 23 in the Constitution of India mandating punishment, it took almost 63 years for the country to define trafficking comprehensively in the Criminal Law (Amendment) Ordinance 2013. It is high time to include trafficking in the penal code and demand the strict enforcement of sections 370 and 370A of Indian Penal Code as per the Ordinance in all the cases of trafficking across the country."

Ruchira Gupta founder of Apne Aap foundation says, "On behalf of victims and survivors of prostitution, who are members of Apne Aap, I urge the government of India to define prostitution as exploitation in the new definition of trafficking to be included in Criminal Law (Amendment) Bill as per Sections 370 and 370A of the Presidential Ordinance and the Justice Verma Commission Recommendation.