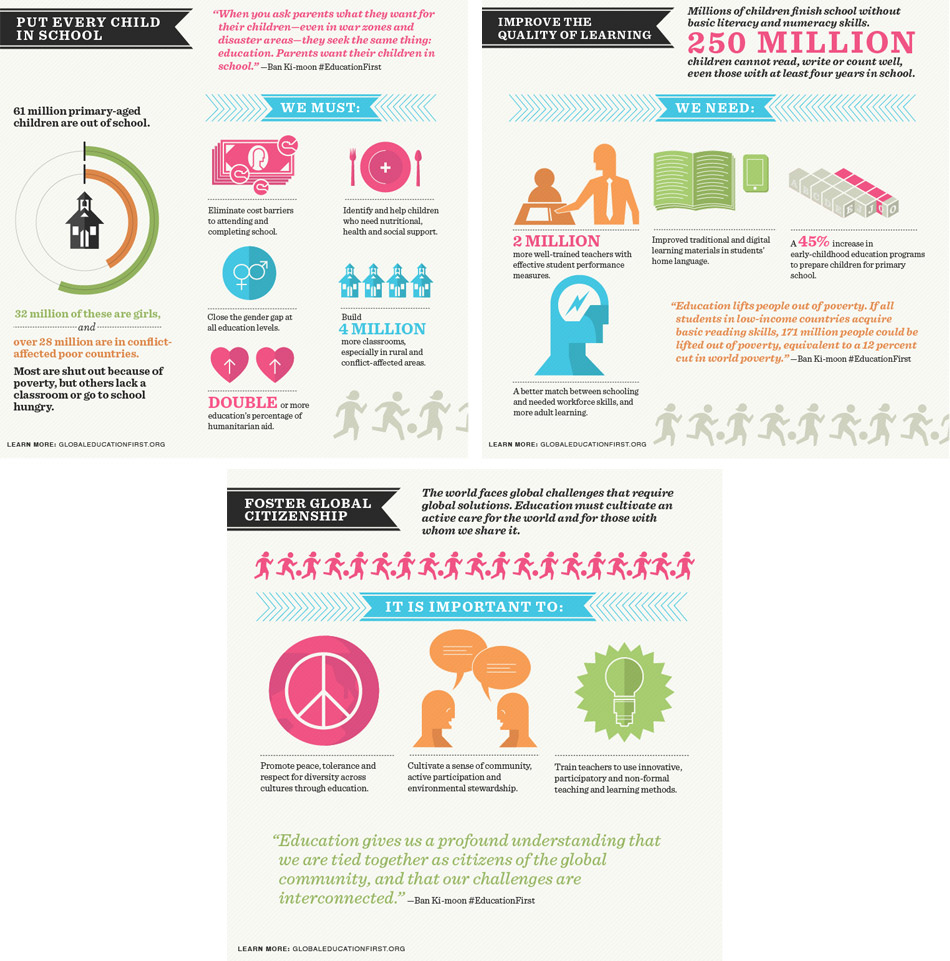 18 October 2012: Education is the most powerful weapon which you can use to change the world, said Nelson Mandela. Each one of us reading this piece can undeniably vouch for the power of education in our own respective lives. Each one of us can say how having gone to school and university (for many of us) has opened our lives to a range of opportunities, has empowered us and to a considerable extent shaped the lives which we are currently living. Education advocates too have time and again highlighted the importance of education for global as well as national growth and development. It has been stated that if all children in low-income countries acquired basic reading skills, 171 million people could be lifted out of poverty, equivalent to a 12 per cent cut in world poverty.

Sadly, despite the widely acknowledged potential of education and the resulting internationally agreed goals like the Millennium Development Goals and Education For All goals towards the achievement of universal primary education by 2015, at present 61 million primary aged children remain out of school across the world. Though the numbers have reduced from around 108 million children of primary school age not enrolled at the end of 1990s due to national and international resolve to act on these goals, progress has stalled. If current trends continue, we could have more children out of school in 2015 than today. The failure to invest simultaneously in access and quality of education has resulted in at least an estimated 250 million children who are not able to read, write or count well including those who have spent at least four years in schools. Girls continue to be a disadvantaged category. More girls than boys continue to remain unenrolled in primary schools i.e., 32 million girls. Also girls are less likely to graduate from primary schools for those currently enrolled. The economic recession has prompted governments to implement drastic cuts in spending, with negative repercussions for students and teachers worldwide. Education aid is decreasing and has stagnated at US$13.5 billion (in 2010), of which US$5.8 billion has been for basic education.

This crisis in education is undermining the efforts to end poverty and hunger, empower women, save children and mothers from unnecessary deaths and the ability to live in harmony with the environment. Many children who are not in school are being engaged in hazardous work, trafficked for prostitution, forcibly conscripted into armed groups or used to perform illicit activities. The crisis in education is also undermining a shared sense of global citizenship.

Addressing this crisis and to make education a priority, the United Nations Secretary-General Ban Ki-Moon launched the Education First initiative on September 26. The initiative aims to give a “big push” to the global movement for education - by 2015 and beyond. Gordon Brown, appointed by the UN Secretary-General as the United Nations Special Envoy for Global Education, operating under this initiative is tasked with delivering on the world’s promise to ensure that no child is denied the right to go to school and learn by 2015.

First, putting every child in school. The global community pledged to achieve universal primary education by 2015. There is a need to make all the necessary investments to ensure that every child has equal access to schooling.

Second, improving the quality of learning. Access to education is critical. But it is not enough. It must be ensured that people acquire relevant skills to participate successfully in today’s knowledge-based society.

Third, fostering global citizenship. Education is much more than an entry to the job market. It has the power to shape a sustainable future and better world. Education policies should promote peace, mutual respect and environmental care.

“The crisis in education needs a breakthrough and we welcome and hope the Education First initiative and Gordon Brown would ring the bell for education worldwide,” welcomed Kailash Satyarthi, Chairperson of Global March Against Child Labour. “The current crisis is threatening the future generations, generations of children out-of-school and child labourers. This is the biggest challenge that we face in bringing children across the world to quality public schools, and give them a meaningful education. Brave 14 year-old Malala Yousafzai, activist of girls’ education in Pakistan who was recently shot and injured represents the voice and hope of millions of girls deprived of an education.We need political will and resources to ensure that all our girls and boys receive an education that they deserve. Education is our only hope for the future and the world.”

Recognising the crisis in education and the priority focus on education for all, education unions from across the globe are meeting at an Education International’s Seminar “Education in Crisis” on 18-19 October 2012 in Brussels.