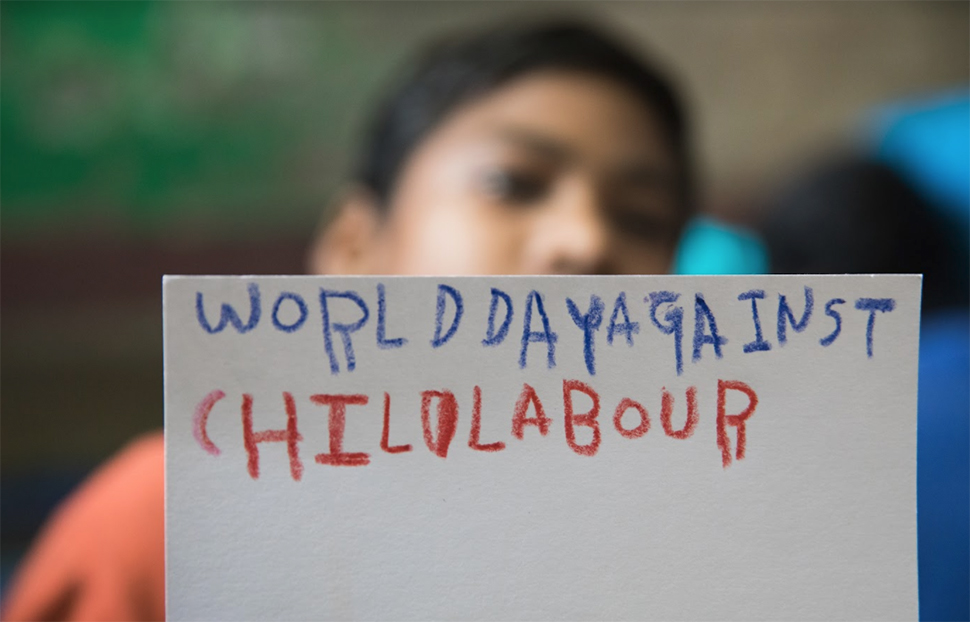 Currently, more than 168 million children across the world are trapped in child labour. Children are engaged in a variety of work ranging from toiling on farms, crawling underground in gold mines, sewing garments in sweatshops to doing household chores as domestic helpers. Working in harsh conditions, this young population is denied of basic human rights, including their right to education.

Children are born to enjoy their childhood irrespective of their socio-economic-political circumstances. It is their fundamental right to receive quality, inclusive and free education. However, children in child labour often don’t enjoy this right and freedom. Thus, if child labour is to be eradicated completely, it cannot be done without corresponding efforts in ensuring education for all. In fact, child labour and education are co-dependent challenges. As long as child labour remains, the goal of education, especially universal primary education remains a distant dream.

The rising number of emergencies and crises around the world are further jeopardising the efforts towards ending child labour and ensuring education for all. Disasters and protracted conflicts in countries such as Syria, Iraq, Yemen, etc. are pushing thousands of children into the risk of being trafficked, enmeshed into slavery-like work conditions and forced out of school. It is estimated that each year almost 70 million children are affected by natural disasters and more than 30 million children are presently displaced by war. Many of the 168 million children engaged in child labour live in conflict and disaster affected areas, making it difficult for them to access education.  Of  the  263 million out-of-school children around the globe, 35% live in countries affected by armed conflicts.

Commemorating World Day Against Child Labour on 12 June 2017, Chairperson of Global March Against Child Labour, Mr. Timothy Ryan, reasserted that “It is even more important now for the international development community to make urgent efforts to realise the Sustainable Development Goals that encompass socio-political-economic and environmental advances that have a direct or an indirect impact on children. Further, no goal can be achieved in isolation. The success of SDG Target 8.7 on ending child labour, trafficking and slavery will need concerted efforts towards realising SDG 4 on education. This will also imply that global alliances such as the Alliance 8.7 on ending child labour under the SDG framework include issues of education in their strategy and plan of action.  The Global March Against Child Labour also has been focusing since its inception on its strategy of the Triangular Paradigm, i.e., the intrinsic connection between poverty, child labour and illiteracy, to ensure human rights of all children are protected and nurtured. Moreover, to ensure that perspectives of education are central and included in its operation, the Global March has been collaborating and working closely with teachers’ unions, associations and education campaigners such as Education International and Global Campaign for Education.”

The Global Campaign for Education (GCE)’s work on promoting education as a basic human right, particularly around access to good quality free public education for children, including consistent calls for increased financing for education is a milestone in the fight for securing a rightful childhood for children, and ending child labour.  GCE and its constituents’ work on realising SDG 4 on education is adding power to the efforts to realise SDG 8.7 to end the exploitation of children.

GCE President Camilla Croso asserts on the occasion of the World Day Against Child Labour, “The Global Campaign for Education is committed to support the global fight against child labour through its increased efforts on education for all children. We understand and acknowledge that education is not only key to preventing child labour, but also ensures resilience and a safe haven for those who are rescued from exploitation, helping them rebuild their lives and futures. We fully support the work of anti-child labour organisations such as the Global March Against Child Labour. The Global Campaign for Education also supports the novel campaign of “100 million for 100 million” initiated by Kailash Satyarthi, founder of the Global March, former GCE president and 2014 Nobel Peace Prize Laureate. With the promise of being the boldest mass mobilisation campaign for children in history, it aims to mobilise 100 million youth and children across all corners of the world to stand up and act for another 100 million children who are in child labour, out of school or victims of exploitation.”

Read in the Joint Statement in Spanish here>>